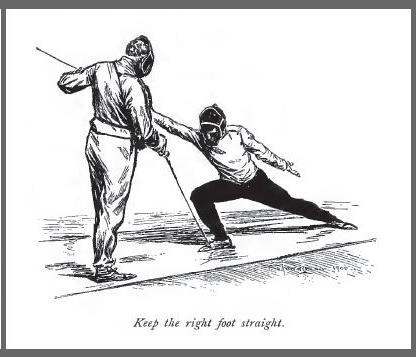 One question I’m asked about drills is to what degree they’re artificial, how they might set up ideal or unlikely scenarios. A related question concerns whether or not there’s a danger in having partners take turns making actions poorly, say in a stop-cut drill. Taking this last question first the answer is “no” if an instructor is on their game. Students, especially in their early training, shouldn’t be drilling poor actions. Conventional wisdom and practice demonstrate that the instructor should be the one exposing their arm for stop-cuts, holding a poor guard, or making any other action defectively. The question about artificiality, however, requires a longer answer.

In classical and historical fencing our concern is to fence as if the blades are sharp, to hit and not be hit, and so when a drill brings in maneuvers or plays that seem to defy this ethos it’s only natural to wonder about their value. Students often have assumptions about the nature of drill that informs this perspective, and some of those assumptions are incorrect.

There are different kinds of drills. Some we do solo, such as footwork drills or cutting against a pell, mask, or fencing Oscar.[i] Some we do with a partner. Others we do with an entire class. While “don’t be hit” and “hit and don’t be hit” are our guiding principles, applying these notions to every sort of drill, and each aspect of it, is reductionist and can blind students to the value of a drill. All study, drill included, should result in a style and method of fighting that illustrates this guiding principle. However, not every drill or part of a drill need conform to this absolutely all the time.

For a quick example from sabre, let’s examine two maneuvers, the first being a common compound attack, feint-cut head, draw the opponent’s parry of 5th, and cut flank or chest; the second being the riposte to the flank from 5th. Looking at the feint attack first, for it to work each partner has to act a certain way. The attacker must simultaneously work a key offensive action, the feint-cut, with a ton of technical movements designed to make that same attack effectively. The instructor or partner on the receiving end, the defender, must do the same; they must recognize and defeat the feint, and parry.[ii]

In the case of the instructor, and you often see this in their posture, they’re not necessarily mirroring exactly what an opponent would do, but performing those parts that will help the attacker succeed in the drill. If the feint is unconvincing, for instance, the instructor won’t parry and might counter depending on what they’re working and how advanced the student is. Judging a student’s readiness to go beyond a simple drill to a more complex version is one of the more difficult tasks an instructor faces—so much depends upon correct assessment.[iii]

In comparison to the instructor, the case of the partner is more complex. On the one hand, they need to help the attacker, just as the attacker will help them when they switch roles, but on the other they shouldn’t be fencing in such a way that the result is poor technique or tactically dubious choices.

Ideally, each partner is doing their best to make their half, offense or defense, work. The defending partner should use this opportunity to work on parries, specifically reacting to the cut to the head. For the basic set-up, this might be the goal in addition to gauging measure, working the feet, and maintaining the correct posture and hand/arm positions. One step deeper, however, the defender might have other options—they might for example, attempt to parry the actual cut after defeating the feint and then riposte. Drills usually start simply and develop into these more complex, multiple action versions as students advance in skill.

So far none of this is “artificial,” but one thing students have asked me about is the danger inherent in making that flank cut after the feint. Having drawn the defender’s arm up into 5th, the defender’s arm is then poised over the attacker making it possible to cut down onto the head. Isn’t that dangerous, they ask. In a word, no, because the defender should be worried about the fact that they’re about to be cut in the flank. Many fencers, because there is no actual danger decide to attempt a counter as, or just after, they’ve been hit rather than parry. This brings up an important aspect of fencing too deep to go into here, namely the priority of the touch, but for our purposes here is making this kind of attack artificial? Is it safe to assume that the defender will just accept the touch and not counter?

If one is fencing as if they’re sharp, then one should never assume anything, but at all times attempt to cover oneself. One solution is to add a side-step with the cut to the flank. Assuming a right-hander, the attacker can extend the arm to make the final cut and lunge a bit to the left by extending the back leg out and to the left after or as the front foot lands. This does two things: first, it removes one’s head from being just under the opponent’s weapon, and two, it gives one just enough measure to cover in 5th or 1st after the cut in case of counter-attack. This makes more sense after making the feint to head first, because from 5th the defender may still be able to retreat and make a molinello to the head.

On the other hand, for the fencer riposting from 5th to the head, our second example, things change a little—the riposte, having been parried, has lost its momentum, so the fencer riposting to the flank has less to fear from the blade over them. The fencer whose head cut failed now has a choice before them—they can drop the blade on their opponent’s head, which remember has no momentum, or, they can consider that fully developed cut speeding its way to their flank. This is a simple choice if we apply the “fence as if they’re sharp” rubric—the partner with the unsuccessful cut to the head should be considering how they are going to parry that incoming cut. Whatever damage dropping the blade on the attacker’s head might do, it’s likely going to be much less than a fully developed cut to the flank.

The greatest danger of artificiality here is not in failing to account for that blade poised above one’s head, but in forgetting to behave as if both blades are sharp. When we forget that, we too often make actions we would never make (one hopes) were we fighting in earnest. But, if we cultivate the notion that the blades are “sharp,” then we’re more likely to make better decisions; in the example above, as the defender we’re more likely to worry about not getting hit and thus parry rather than go for a counter that will only mean both fencers are hit.

Ideally, the only “artificial” aspect of drill should be our cultivated sense of danger. No drill is worth the name which trains poor technique or tactics. This is especially true with partner drills. There is an inherent argument here, namely that instructors ought to be the only ones to present examples of poor technique. However, this is no less dangerous for them, so it behooves every instructor to continue to take lessons, to remain a student, so that they may not include pedagogical tools like an open line or exposed arm in their own assaults.

[i] This is what we called them, but there are probably other names—an “Oscar” is a mock opponent, often set up on a wooden frame, covered with jacket or similar material, a mask, and often with an adjustable arm to shift a blade to different positions.

[ii] This will vary with the level of the fencer. An instructor or senior student might not defend as effectively if focusing on a newer student learning this attack.

[iii] In his Fencing Illustrated (1670), Ch. XIV, Giuseppe Morsicato Pallavicini discusses this very issue. The first bout a student has should be with the instructor. Even when assigning a new student to work with a more experienced one Pallavicini tells us that the instructor must supervise them. See Giuseppe Moriscato Pallavicini, Fencing Illustrated, Trans. by Christopher A. Holzman, Wichita, KS: Lulu Press, 2018, 91-98. 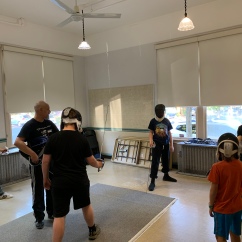 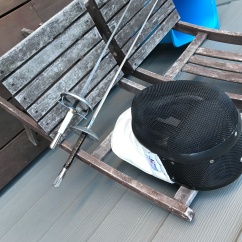 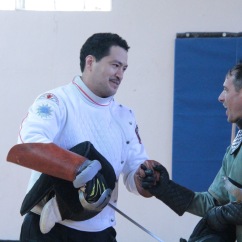 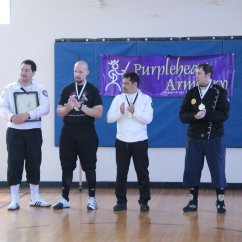 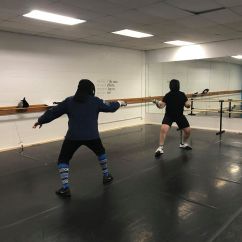 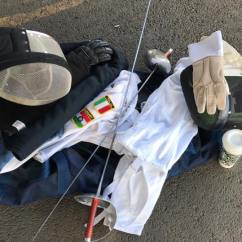 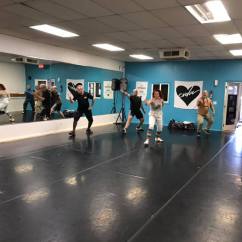 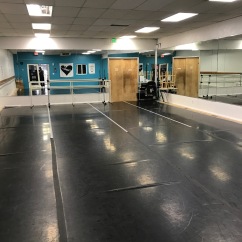 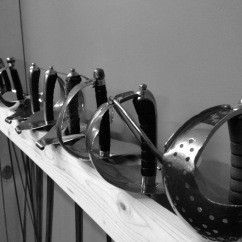 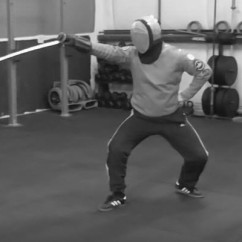 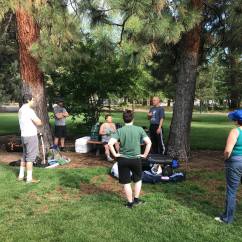 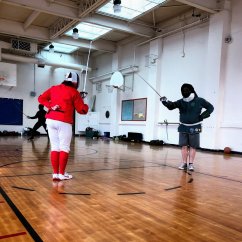 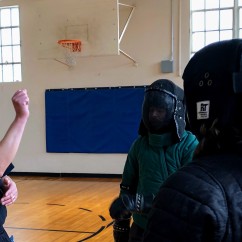 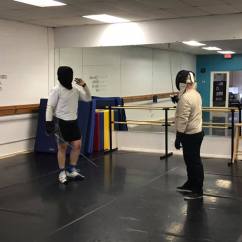 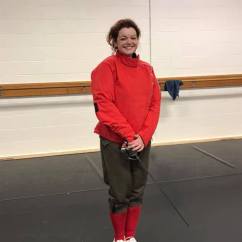 SdTS supports FAR; we are a members of the US Fencing Coaches Association